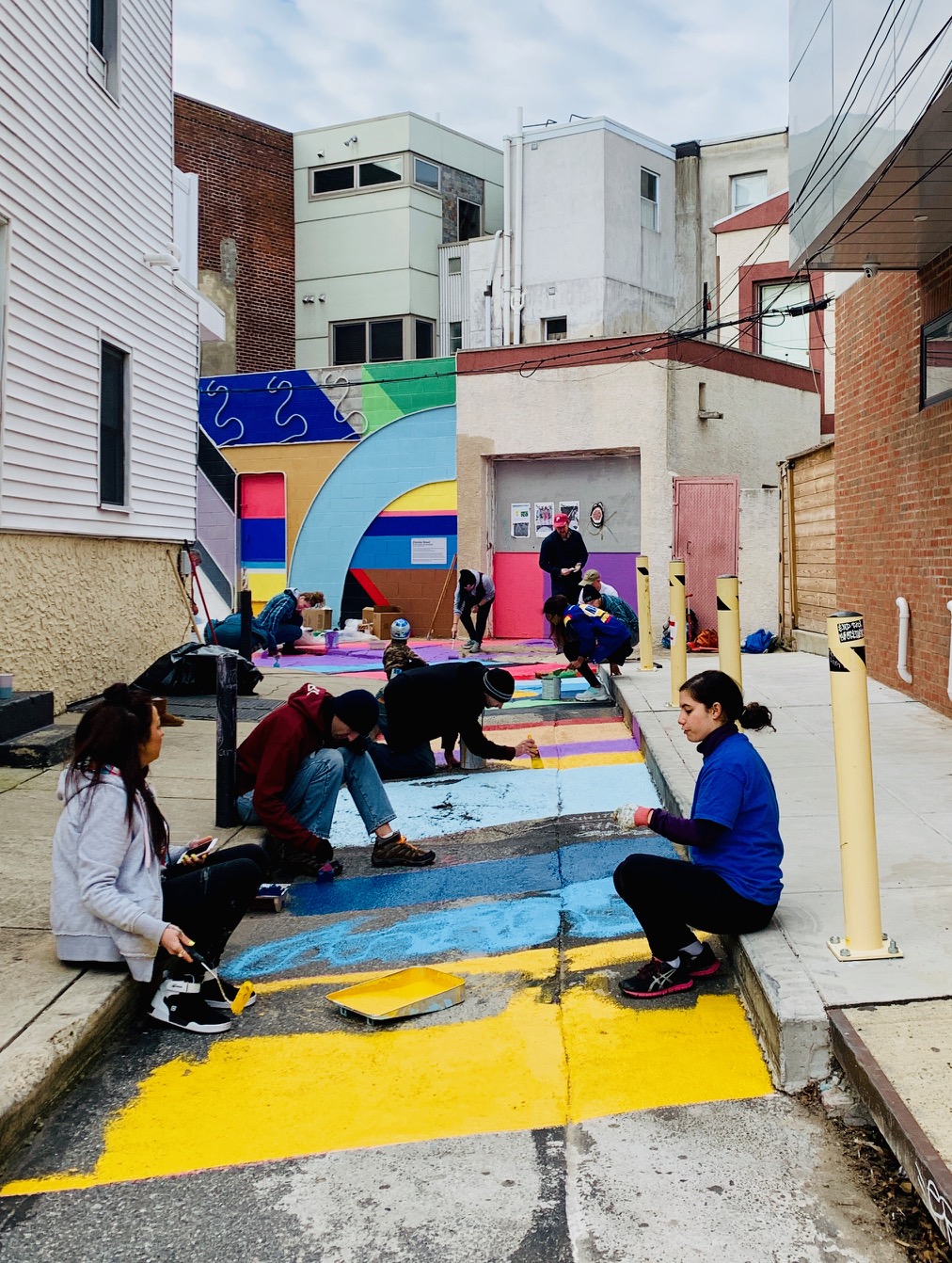 As a neighborhood, city, and nation we are emerging from the trauma of isolation during the Pandemic and the divisiveness of our polarized politics. Healing is urgently needed. South Percy Street Arts Walk can represent the potential of Philadelphia, where bridges of trust are built through experiencing our stories together, rather than in siloed, separate spaces.

Energy around the South Percy Street Arts Walk is high, and it has received attention from press, artists and pedestrian traffic alike. Percy Street serves as a pedestrian connector between the southern portion of the 9th Street Market and East Passyunk Avenue Shopping.

There is an opportunity to further catalyze this momentum and turn the neglected alley into an arts destination; a place for communities to come together.

We want to honor three communities that live and play in our neighborhood, creating meaningful intersections between community members in the shared space of the arts walk. We propose 3 murals in close proximity on Percy Street, culminating with a day-long event sharing the stories behind the murals and having fun. Our groups all overlap around the Capitolo Recreation Center, geographically located between the two business and tourist corridors and just around the corner from Percy Street. We want to highlight:

Our project aims to bring these three geographically overlapping but often socially separate communities together on Percy Street for a culminating event sharing the stories behind each mural with food, music, and games for young and old. All too often, across the city and in our neighborhood, tensions between newer and older residents create friction and resentment. Participating in mural projects that honor each community and socializing in the surprisingly intimate outdoor space of the Percy Street Art Walk has the potential to forge connections, establish trust, and make our community stronger and healthier. Additionally, the Passyunk Square Civic Association is onboard as a consulting project partner. PSCA’s mission aligns with the project values of creating meaningful intersections between community members.