Her recent works include the Gilead’s commercial campaign “Press Play”, Black & Mild commercial shoot, and music video Clarity for singing artist Saleka Night Shyamalan directed by Ishani Shyamalan and M. Night Shyamalan. Along side this, she was one of the featured dancers for Ari Lennox’s Shea Butter Baby music video featuring J Cole. In the commercial world, Sophiann has had the opportunity to do work for companies such as BOMBAS, gone on tour with the Clothesline Muse starring six time nominated jazz singer Nnenna Freelon and performed in New Freedom Theatre’s Black Nativity directed by Rajendra Maroon Maharaj.

She promotes body positivity and strongly uses dance to tell the story that can’t be understood with just words, but movement. Sophiann Mahalia explores dance through her own experiences of the black dancing body by using her fusion of african, hip hop, and waacking to promote the limitless and regal qualities of womanhood within the black dancing body. She aspires to inspire other artists to take their artistry to the next level as she does the same.

Outside of Your Expectations (OYE) is a healing, interactive, art exhibition in the form of a video installation and live performance. It explores social constructs that are put upon Black women and the ways that it can affect their mental health. Through West African’s fast pace motions, Umfundalai’s contemporary African reflective storytelling gestures, and Hip Hop’s dynamic grooves, this video installation depicts a mental fight. The fight against the belief that stereotypes define people. It goes on to demonstrate that when one takes time to heal, the individual is healing their inner child from the stereotypes they have grown up with and subconsciously took as their truth.

The art exhibition is opening space to provide grace, love, and opportunity to be soft with one’s self again. This exhibition will be part of the long-term goal for The Reclamation Dance Project which is for Black women to reclaim themselves.

The Reclamation Dance Project explores and provides an inside look of the black woman psyche in the climate of 2020 to present day. Through the movement styles of African and Hip Hop, we will delve deeply into themes such as ancestry, Afrofuturism and reclaiming one’s self from the social and cultural expectations of Black women. From stereotypes such as the “angry Black woman” when she speaks her mind to the “strong Black woman” who is forcefully obligated to take on everyone’s hardships along with her own, this project will not only present the detrimental effects it has on her mental health, but the victory she finds when she is not held to these expectations through healing, self-exploration, and community support.

My goal is to have this art exhibition in front of audiences of all races to facilitate open discussions focused on Black women’s mental health while confronting and processing stereotypes. I want to provide an open space to acknowledge this issue and have talk backs. At the end of the exhibition, Philly-based Black women therapists will implement open discussions while also providing a safe space for Black women to feel seen, heard, supported, and open doors to healing.

Outside of Your Expectations is one important part of The Reclamation Dance Project (TRDP) which will become a touring dance production. As Artistic Director of TRDP, my long term goal is to provide a one-week residency filled with guest speakers and master workshops centered around the teen and adult Black women experience where participants will be given a judgment-free zone to acknowledge traumas and use art as one of their therapeutic healing methods. 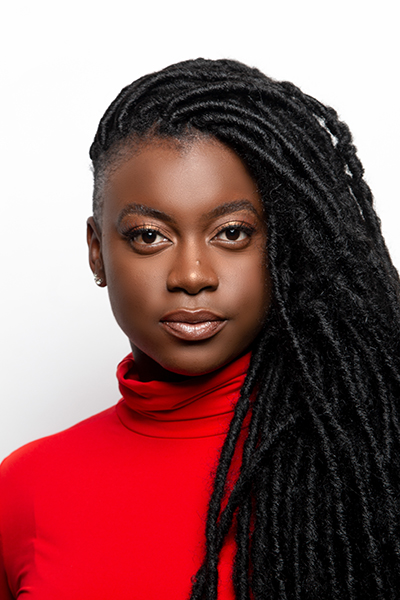