The Rainbow Walk is a wind-powered kinetic sculpture that invites public interaction. Designed like a long metal arbor, the installation consists of a series of overhead rods fitted with acrylic propellers that catch the breeze and slowly spin. Sunlight filters down through the propellers’’ rainbow-colored blades, casting a vast prism onto the ground and the people walking below. As the light dapples their skin, visitors are physically united with the Rainbow Walk. The project activates and enhances public space, giving the project the potential to be as popular a photo destination as the Love Statue or the Liberty Bell.

More significantly, the Rainbow Walk can celebrate the LGBTQ community of Philadelphia by commemorating the historical significance of one of the first gay rights protests in our nation’s history: the Annual Reminders. These were a series of pickets organized by LGBTQ activists held each July 4th from 1965 to 1969 outside Independence Hall. Part of the mission of ARTisPHL is to re-imagine traditional ideas of community and place. Therefore, situating the Rainbow Walk on Independence Mall across from Independence Hall would be ideal, reimagining the space to include a monument to how LGBTQ lives are an essential part of our national community. That the project is designed as a walk symbolizes how the progress for equality is an ongoing journey. Likewise, the movement of the fan blades symbolizes how that journey changes through time and one’s interaction with the world.

While we believe the ideal location would be across from Independence Hall, the Rainbow Walk project is open-ended in terms of exact placement. It could easily be modified to be situated in the city’s Gayborhood (Washington Square West), serving as a reminder of the longstanding presence of the LGBTQ community in Center City. It could also serve as an entryway for the William Way LGBTQ Center (whose building is currently being renovated). Its rainbow hues could brighten up City Hall’s Dilworth Plaza. Or it could even find a home along one of the river banks that line the city, where it could optimize its relationship to the wind and be seen from highways and bridges.

Technical specifications: This structure would be made out of a welded aluminum frame, which would form the overall “arbor”. The arbor would have two arc-shaped sides, running in parallel. Between these arcs would be a set of short rungs, spaced about a foot apart each, with the whole setup looking in some way like a “jungle gym”. The propellers would comprise nylon bushings around these rungs, with the acrylic blades coming out of the bushings. These would spin freely with the wind.

Please click on any image to read/view and scroll through the images. 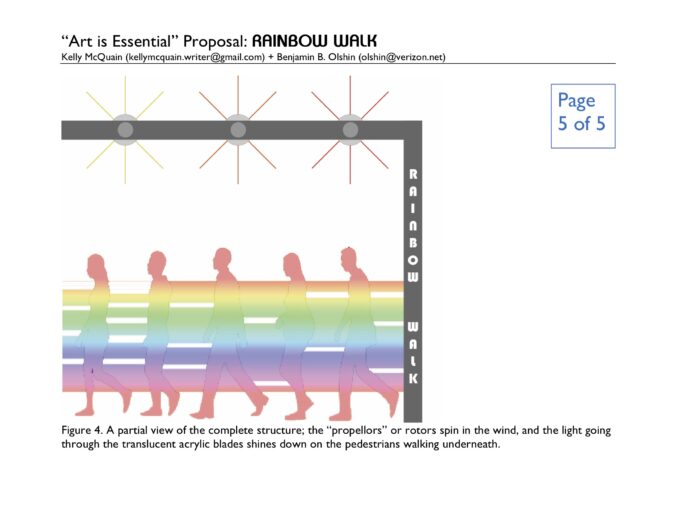 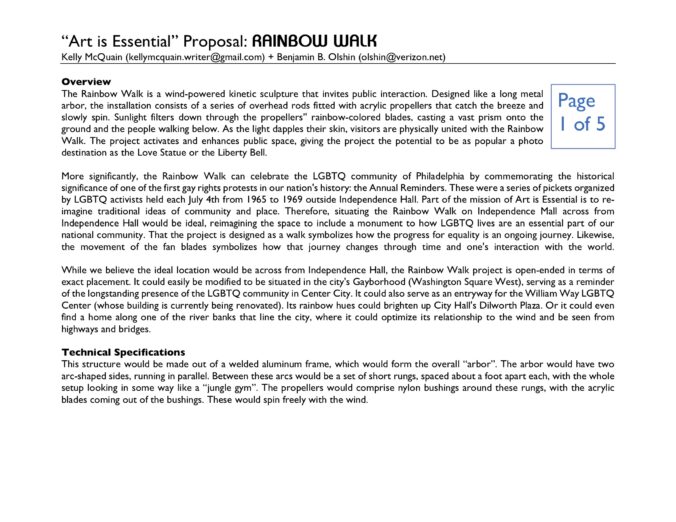 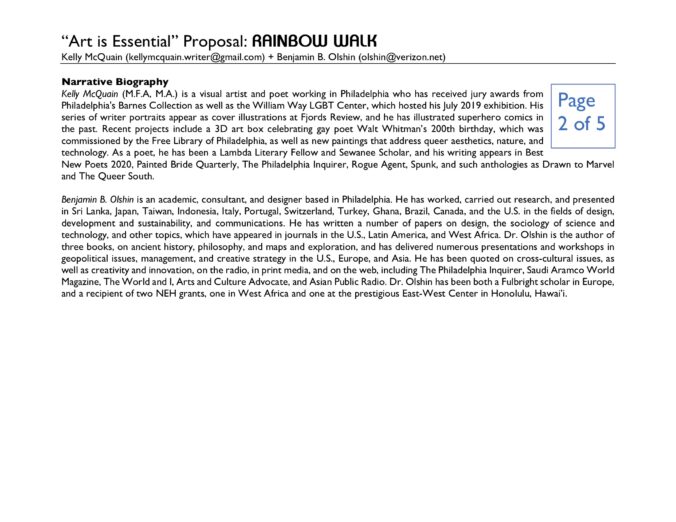 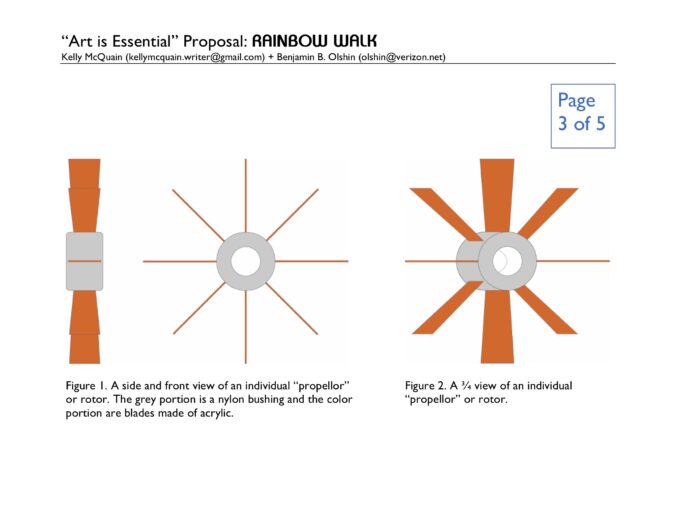 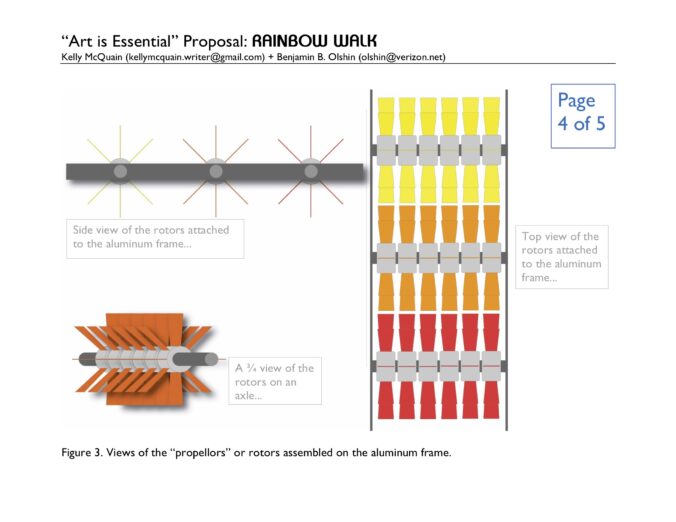